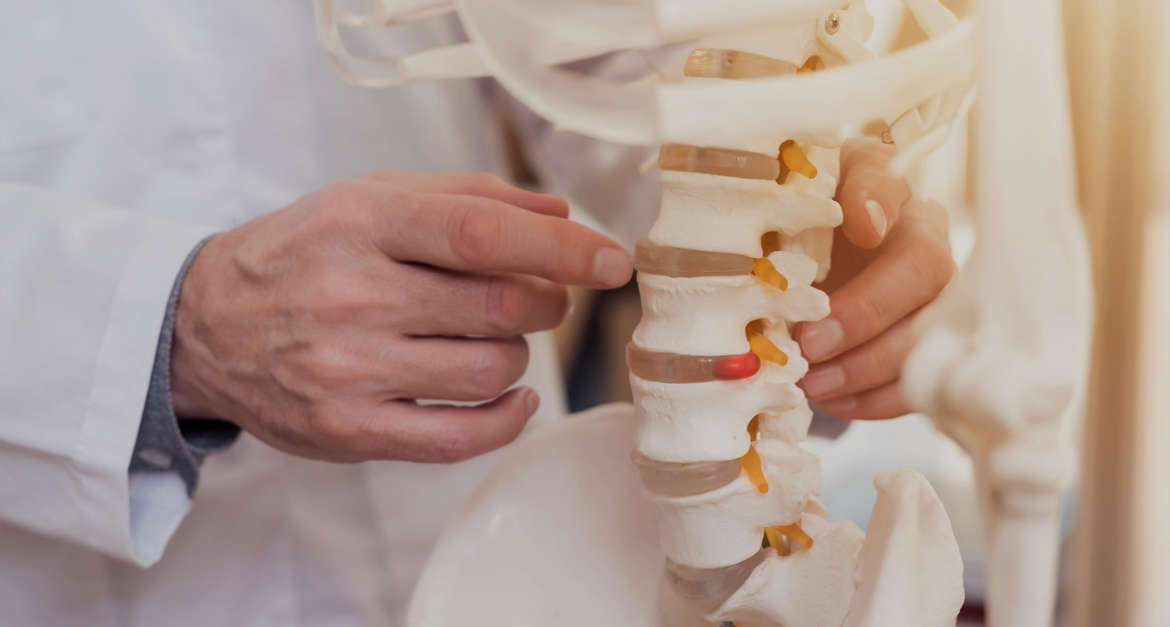 ABOUT HERNIATED DISC
You probably know herniated disc by its more familiar name: “slipped disc.”
Although the disc doesn’t really slip, it can tear open, causing the fluid inside to
push against the surrounding nerves in the spine. For some, surgery to replace the
disc with an artificial one may be an option.
Pain and symptoms caused by a herniated disc are common problems for some
adults. The spine is composed of many different anatomic structures, including
muscles, bones, ligaments, and joints. Each of these structures have nerve endings
that can detect painful problems when they occur.

DEFINITION
The tissues between the bones in your spine are called intervertebral discs. These
discs are composed of a soft gel-like centre and a tough outer lining.
The intervertebral disc creates a joint between each of the bones in the spine that
allows them to move. When the outer lining that surrounds a disc tears, the soft
centre can squeeze out through the opening, creating a herniated disc.

CAUSES
As we age, the discs in our spines can lose their flexibility and elasticity. The
ligaments surrounding the discs become brittle and are more easily torn. When a
herniated disc occurs, it can put pressure on nearby spinal nerves (radiculopathy) or
the spinal cord (myelopathy), causing painful symptoms.

SYMPTOMS
A herniated disc in the neck can cause neck pain, radiating arm pain, shoulder pain,
and numbness or tingling in the arm or hand. The quality and type of pain can be
dull, aching, and difficult to localise. It can also be sharp, burning, and easy to
pinpoint.
Pain in your arms as well as in your neck is usually the first sign that your nerve
roots are irritated by a problem in your neck.
Symptoms such as numbness, tingling, and weakness in the arm muscles may
indicate a more serious problem.
The main complaint of a herniated disc in the back is usually a sharp, cutting pain.
In some cases, there may be a previous history of episodes of localised pain, which
is present in the back and continues down the leg that is served by the affected
nerve.
The pain is usually described as deep and sharp and often gets worse as it moves
down the affected leg. The onset of pain with a herniated disc may occur suddenly
or it may be announced by a tearing or snapping sensation in the spine.

RISK FACTORS
The ageing process and general wear and tear on the spine may increase the
chances of developing a herniated disc. A herniated disc can also be caused by
repetitive activities or an injury to the spine.

DIAGNOSIS
The diagnosis of a herniated disc begins with a complete physical examination of
the spine, arms, and lower extremities. Your doctor will examine your spine for
flexibility, range of motion, and signs that suggest that your nerve roots or spinal
cord are affected by a herniated disc.
You may be asked to fill out a diagram that asks you to pinpoint your symptoms
of pain, numbness, tingling, and weakness. X-rays or magnetic resonance imaging
(MRI) may be ordered.